This page is currently under construction for mobile devices.
Please visit the laptop or desktop version for full acces.

‍While growing up in a family of classical musicians, soprano Channa Malkin initially enjoyed other creative outlets such as painting and writing. Music was always present, as she went from playing the flute to songwriting and singing in choir and bands. But when she discovered opera as a teenager, there was no way back: she auditioned for the role of Barbarina in Le Nozze di Figaro at the Dutch National Opera, and made her debut at 16 years old. There, Channa found her true voice and embarked upon a path that has led her to become the artist and performer she is today.

‍Known for her compelling musical personality and unbridled creativity, Channa was recently praised by De Volkskrant as “a young sound with a mature treatment. Her story-telling is profound”. She excels in a broad repertoire, from Italian baroque opera to Sephardic chamber music. A recent nominee for the Grachtenfestival Prize 2020, she was hailed by the jury as a “captivating musical personality”.In the spring of 2021, her second solo album will be released by the high-end audio label TRPTK, including songs by Weinberg, Tavener as well as Russian songs by her father, Josef Malkin. Next summer, she will sing the role of Second Niece (Peter Grimes) in a spectacular seaside production led by Arnaud Oosterbaan and Paul Carr.

‍On the concert stage, Channa recently jumped in at a one day’s notice for Holland Baroque and Alexander Weimann in Handel’s Dixit Dominus and the world premiere of Hayes’ newly rediscovered oratorio The Fall of Jericho. Previous highlights include her performances of the Boy Solo in Bernstein’s Chichester Psalms with the Royal Concertgebouw Orchestra under the batonof Mariss Jansons, and the world premieres of Yizkor and Black Flowers, a cantata and song cycle for soprano, orchestra and chorus by her father Josef Malkin, in New York City, Salt Lake City, Sofia (Bulgaria),a nd with the Netherlands Philharmonic Orchestra at the Muziekgebouw in Amsterdam.

This season, she has several projects with baroque ensemble La Sfera Armoniosa, including a Monteverdi aria and duet programme. On the operatic stage, Channa’s performed roles include Despina (Così fan tutte), Zerlina (Don Giovanni), Charite (Cadmus et Hermione), Eve (In the beginning, a world premiere by Carlijn Metselaar), and all the female roles in a staged production of Grieg’s Peer Gynt atthe Amsterdam Concertgebouw with the Netherlands Philharmonic Orchestra. Among her favourite performed roles are Dalinda (Ariodante) and Poppea (L'incoronazione di Poppea).

Channa has demonstrated her unbridled creativity and entrepreneurship with the creation of her own multimedia opera pastiche Handel goes Tinder, together with violinist Anastasia Kozlova and writer/director Michael Diederich. Channa has performed this production 33 times for sold-out venues and festivals in the Netherlands. In the words of prominent comedian Greg Shapiro (Comedy Central, BNR, Boom Chicago): "I know nothing about Händel and little about Tinder. But combining them both turns out to be very sexy.” In spring 2021, Handel goes Tinder will play at the Internationale Handel-Festpiele in Göttingen. 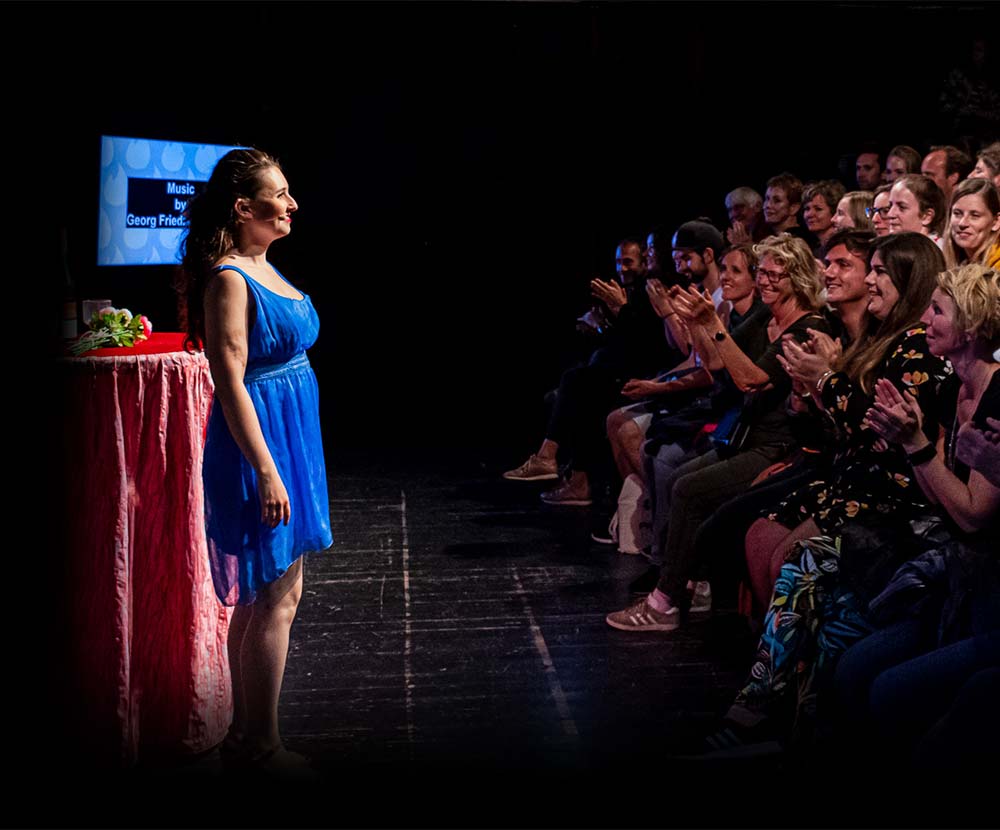 In addition to opera and concert, Channa enjoys telling stories and connecting intimately with audiences in song recitals. Her debut album Songs of Love and Exile, together with guitarist Izhar Elias, was hailed by the international press as “Glorious”. In the 2020/21 season, Channa Malkin and Izhar Elias will continue to perform their album programme at various festivals and concert halls as part of their Dutch tour, having already performed it at Dutch National Opera, among other venues.

‍Channa graduated with honours from the Utrecht Conservatoire, where she studied with Charlotte Margiono. Being awarded scholarships from the Prins Bernhard Cultuurfonds and the Van den Ende Foundation, she went on to study with Rosemary Joshua, with whom she discovered her love for early music. Today, she continues working with her vocal coaches Manuela Ochakovski and Roberta Alexander on new repertoire. Channa is also passionate about sharing her knowledge with the next generation of performers. In her role as Professional Integration Coach at The Hague Royal Conservatoire, Channa coaches Masters students on the entrepreneurship aspect of their Masters Project. 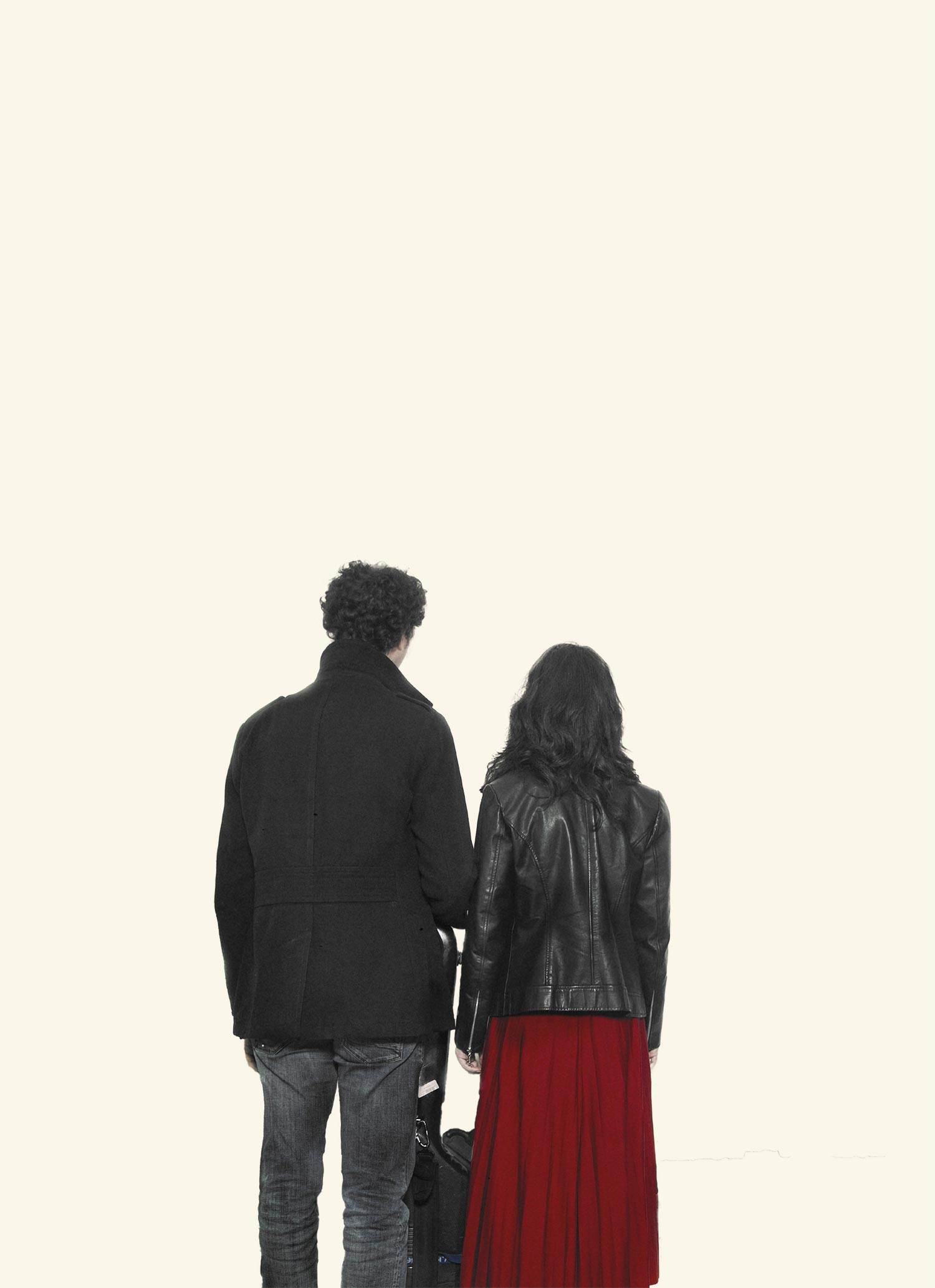